About Cabbies do Atlantic Row

The Atlantic Dash is an ocean rowing regatta where everyone has the same goal: to cross the Atlantic Ocean. 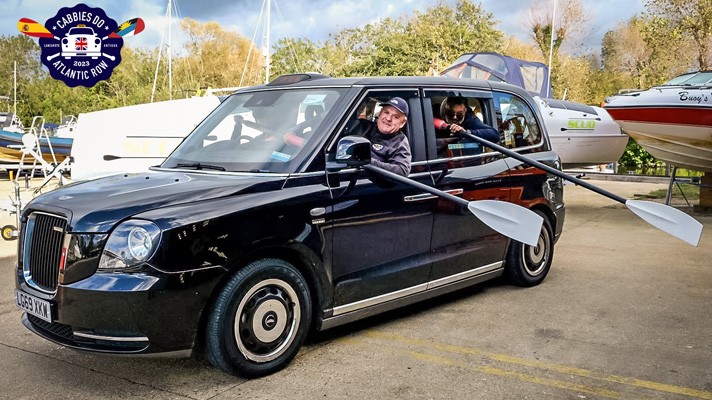 London Cab drivers Daren Parr, Bob Barber and Stuart Lockhart will attempt to row the Atlantic from Lanzarote to Antigua in 2023.

The Atlantic Row was the idea of a fellow London cabbie who had  suffered a stroke in 2021 and the team wish to raise the profile of this condition especially among London Cab drivers. Money raised from this challenge will be split between the Taxi Charity for Military Veterans, The Stroke Association, and a Tanzanian Orphanage near Arusha.

The ‘Cabbies do Atlantic Row’ team is being supported by Avon Marina who is providing a Scud Ocean Rowing boat for the Atlantic Dash ocean rowing race and Monkey First Adventures who will be offering advice about the challenge.

Find out more about the Atlantic Dash here

These are the charities that Cabbies Do Atlantic Row are raising money for.